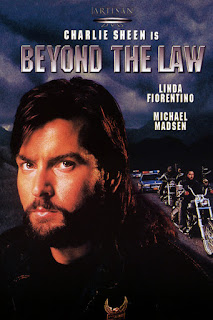 "Shut up! Don't say anything, don't do anything, just fucking sit there!" - Blood

"You're not dirty enough. You're not crazy enough." - Virgil

"Something else my grandfather told me. What a true apache had to do, when surrounded, and out-numbered by crazy white men. Give the fuck up." - Bogus Charlie

This is a true fucking stinker, but I will say that ol Charlie Sheen is looking pretty fuckin metal with his beard and hair grown out. If you like undercover cop biker flicks like STONE or STONE COLD then this is right up yer alley. Chuck Sheen, Michael Madsen, Linda Fiorentino, and a small cameo by Rip Torn in BEYOND THE LAW!!! 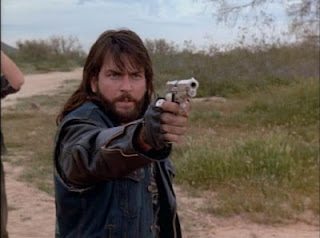 Why do I do this to myself? I don't know. The pain hurts so good sometimes. This one is sort of by the books. Chuck plays Dan Saxon, supposedly a true life copper who went to far in his department, got fired by a crooked sheriff and then hired by a fame hungry federal agent to go deep undercover to raid a drug and arms running gang in new mexico. 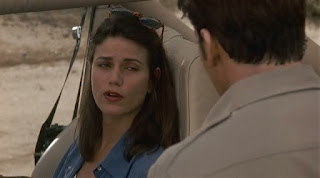 So Dan Saxon is really bad at this at first and meets this bike mechanic named Virgil and immediately confesses that he's a copper to the guy in a drunken stupor. The mechanic promises to teach Saxon the ways of the road if he'll deputize him. So they set out to make a sweet chopper, and Dan grows his hair out. 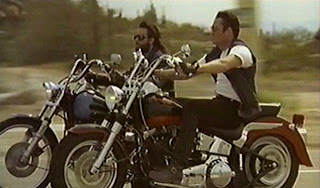 They finally go and meet the gang, who seem like fun bikers who like to get fucked up, maybe they have some weapons, maybe they do a little too much blow, maybe they fuck up a bar every once in a while, but they're not all bad, right? "Blood" wants to prove he's so badass that he kills clerk for basically nothing. Dan is deep in the shit now. Fucked up on dope now trying to prove himself and falling for a hot photographer who knows his dirty secret, Dan has to nail Blood and the gang before he goes over the edge... I mean... BEYOND THE LAW...! 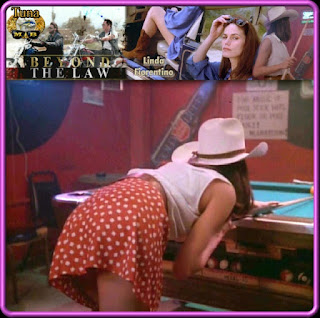 Like I said, its cut and paste, non essential viewing, but at least you get to see Linda Fiorentino's tits.

Posted by Valient Himself at 2:25 AM

We've Come For the Belts.